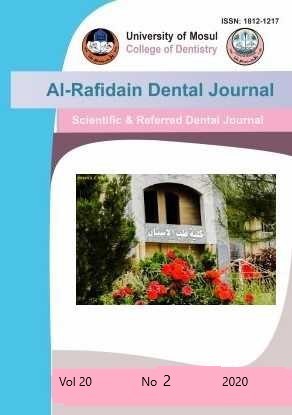 Aims : The study aims to compare wound healing histologically and serologically by using two different surgical procedures and to evaluate the efficiency of the Er,Cr:YSGG laser on wound healing after surgical procedures. Materials and Methods : Sixteen New Zealand rabbits were used as experimental animals. The animals were divided into two groups: group I and group II, each group consisted of 8 rabbits. In group I; stainless steel scalpel blade NO.15 was used for making the incision, in group II Er, Cr: YSGG laser was used for making the incision. Two rabbits were sacrificed from each group at the 1st ,3rd ,7th and 14th days after procedures. At the day of sacrifice blood was collected from each rabbit for serum and serological analysis to determine serum level of TNF-α. Results : 1:Histological findings of this study revealed that there was a significant difference in inflammatory cells infiltration at 1st day between the two groups, while there was no significant difference at 3rd  , 7th and 14th day periods. Granulation tissue formation appeared higher in erbium group, while scalpel blade incision showed less amount of granulation tissue formation. In re-epithelialization at 1st day all section shows nil score in both groups, at 3rd day re-epithelization appeared significant difference, and no significance difference at 7th and 14th days between erbium and scalpel blade.
2: Serological findings of this study shows that TNF-α level in serum have no significant differences between two groups at different time periods. Conclusions : Εr,Сr:ҮЅGG laser has numerous benefits for use particularly in oral surgery , due to low inflammatory reaction and less ulceration and smallest damage of the oral mucosal tissue, while  more inflammatory cell infiltration occurs in comparison with group that used surgical scalpel blade.
Keywords: