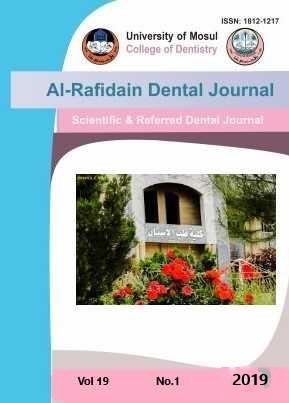 Aims : This study aims to estimate the efficacy of Ostene as bone hemostatic agent clinically and experimentally and their effect on the ease of operation in clinical dental practice. Materials and Methods: For experimental part: Fifteen males rabbits were divided into three groups according to the time interval for hemostasis measurement, five rabbits in each group. Each group subdivides into other three groups according to study material "ostene, gelfoam, control". On femoral bone, three holes were made. After bleeding started, study material was placed inside holes, then a uniform piece of cotton was applied with gentle pressure, then hemostasis measured using the gravimetric method. For the clinical part: after complete extraction, a piece of study material was implanted inside the tooth socket and covered with uniform cotton for hemostasis, then hemostasis measured using the gravimetric method. Results and Discussion: For experimental part: study result revealed that the comparison between two local hemostatic agents (ostene and gelfoam) groups for hemostatic effect show Ostene has superiority effect over gelfoam in control bleeding at all interval times. Friedman test revealed a significant difference between study materials P =0.00 (P ≤ 0.05). For the clinical part: clinical measurement, ostene showed significant over gelfoam at 1min, 30 min While there were no significances between ostene and gelfoam at 5min,10min. Regarding visual analog scales for assessing bleeding and ease of operation, ostene, when comparing it with gelfoam, appeared better than gelfoam. Conclusion: Hemostatic effect of ostene is superior to gelfoam experimentally and after tooth extraction.
Keywords: